The Game of Life (another MATLAB implementation) 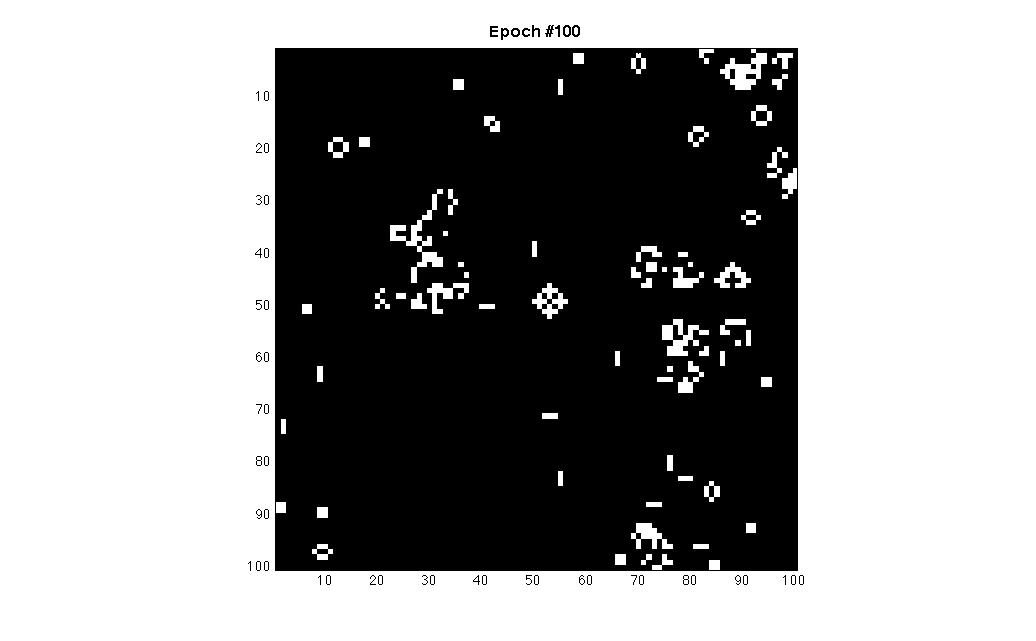 Recently I read an interesting book “The Grand Design” by Stephen Hawking and Leonard Mlodinow. Somewhere at the end of the book there was a reference to the well known game of life by John Conway (1970). Although I knew it was implemented by various researchers and is already available in MATLAB with a demo function named life, I decided to implement my own version in MATLAB using a random binary image as the initial ‘universe’ drawn by a uniform distribution of integers, provided by MATLAB function randi.
The laws of the game of life may be summarised as follows (using image processing terminology and considering the central pixel in a 3×3 pixel neighbourhood):

So what I did was to implement a MATLAB function with the following description:

It should be noted that the function is far from being an optimised piece of code, as it treats all image pixels and not only the pixels needed to be taken into account. Actually a sparse matrix approach would be more adequate but the code I wrote is more easily understood.

Here is a set of images produced by the function (the initial conditions and the final situation after 100 epochs): 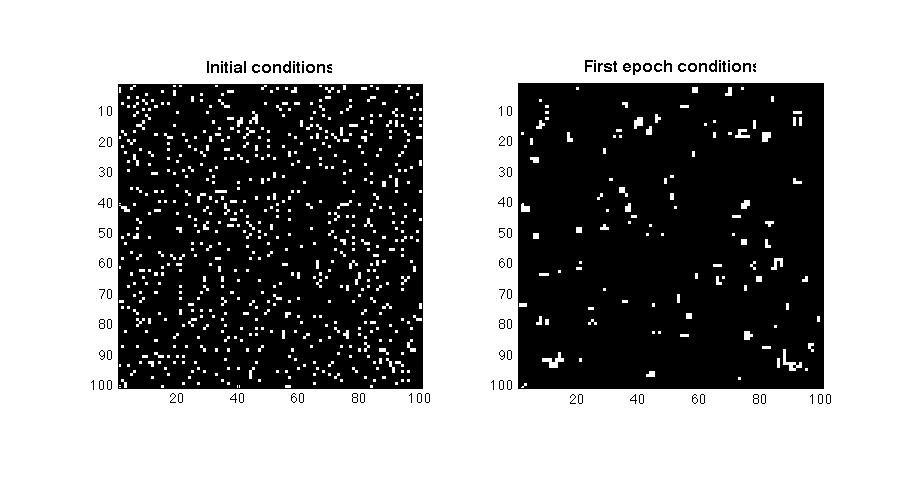